Mentor, OH – (May 31, 2018) –Let’s Play! Tactic Games declares that there is always time to play when it launches its new Let’s Play collection of grab and go games.

The Let’s Play games are a range of six ‘snacking’ games (MSRP $12.99 each for ages 4 and up) which can be played straight from the box. Each game is self-contained and stored in easy to use plastic cases so that they are ideal for quick and convenient game play and for travel.

The new games join Tactic’s other family games that already include the multi-award-winning, Alias (over 5 million sold), Some Bunny’s Hiding, Emojito, Totem, Touche, We Detectives, 3 Little Pigs and Colorology, among others.

About Tactic Games: Tactic Group® is an international and fast growing developer and marketer of board games in Europe, now continuing its success in the U.S. and Canada.  For more than 50 years, the Finnish board game company has provided consumers with innovative, high-quality products that have been warmly received by the public, including award-winning Mölkky®, Alias and iKNOW® games. Their mission is to produce entertaining games that offer moments of genuine delight and entertainment to family and friends the world over. To discover more about Tactic’s wide range of games, visit www.tactic.net/USA and get all of the most up-to-date, immediate information by interacting with the company on its social media channels: Facebook, Twitter, Pinterest, Instagram and YouTube. 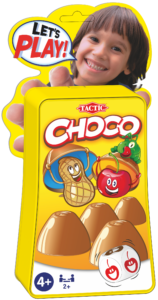 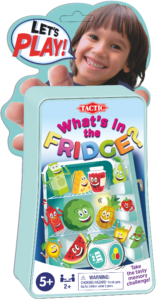 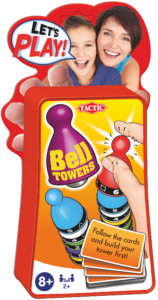 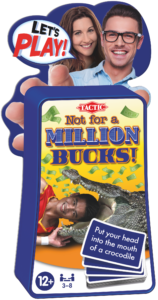 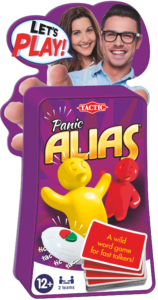