An Alias for Everyone

An Alias for Everyone

Grantsville, MD – (January 25, 2016) – Tactic Games’ ever-popular Alias game brand is adding a new member to the family. This year, be on the lookout for Women vs. Men Alias, the all new outrageously fun version of the company’s classic game. 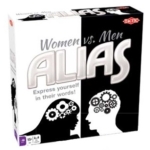 In this latest Alias, you can only win if you know how the opposite sex thinks. Alias games all have one element in common, in which players explain words by using synonyms, opposites and other clues without mentioning the actual word they are describing. This time players will have to try to think like the opposite sex to express themselves.

Imagine the open-for-interpretation content that Tactic Games was able to allow for this version of Alias.

Jay Knox, President of Tactic Games, said, “Women vs Men Alias is sure to be another hit game in our line-up of Alias games. Just imagine explaining some of our clever content in this game without saying the word!”

The various Alias games include:

About Tactic Games: Tactic Group® is an international and fast growing developer and marketer of board games in Europe, now launching in the U.S. and Canada.  For the past 48 years, the Finnish board game company has provided consumers with innovative, high-quality products that have been warmly received by the public, including award-winning Mölkky® and iKNOW®.  Their mission is to produce entertaining games that offer moments of genuine delight and entertainment to family and friends the world over. To discover more about Tactic’s wide range of games, visit www.tactic.net/USA and get all of the most up-to-date, immediate information by interacting with the company on its social media channels: Facebook, Twitter, Pinterest, Instagram and YouTube. 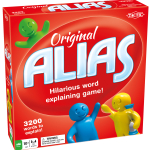 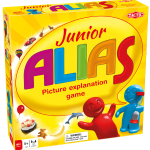 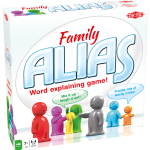