– First Portal Installed in a U.S. Prison Scheduled to Open in CT this Fall – 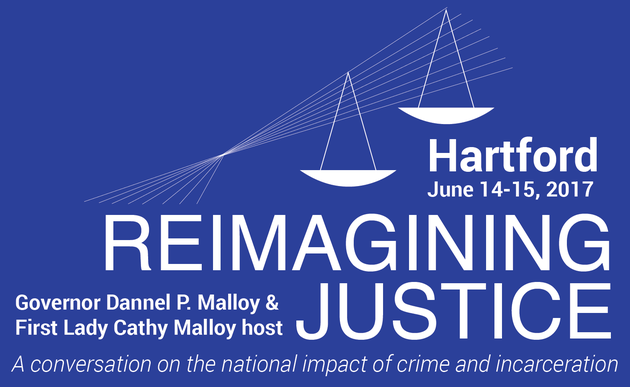 Amar Bakshi, Founder & Creative Director of Shared Studios, and Jeff Grant, Executive Director of Family ReEntry, will present the new Prison Portal Project, including a video demonstration of the real-time, face-to-face interactive technology, on Wednesday, June 14th, at 11:15 a.m. as a part of the special conference held at The Hartford Marriott Downtown (200 Columbus Boulevard in Hartford).

Created by Shared Studios, the portals and the patented innovations in hardware, software and design, can be made for all types of remote presentation uses. Family ReEntry’s Prison Portal Project will establish Connecticut as one of the first states in the nation to adopt the use of the portals specifically for incarcerated individuals, returning citizens, and their families and friends.

Working in partnership with the State of Connecticut Department of Corrections and the City of Bridgeport Mayor’s Initiative for Reentry Affairs, portals will be installed this Fall linking the nation’s first portal to be placed within the confines of a correctional facility and a second portal anticipated to open in downtown Bridgeport. This will allow families to directly communicate with their loved ones in prison in an immersive environment “as if they were in the same room,” saving them time off from work and school, costs in travelling to remote prison locations, etc.

Additional portals are being considered for presentation around the state later this year and in 2018. Suggested sites for the new portals include New Haven, Hartford, Waterbury, Stamford and New London, among other locations.

Grant explained, “The Governor’s Conference is a perfectly timed opportunity to show the full extent of this new, immersive audiovisual technology and the way it will be used by the families and communities impacted by the criminal justice system. Not only do the portals allow accessible remote visitation between loved ones, but are means for curated ‘visits’ to other portals installed around the world in locations such as Iraq, Afghanistan, Africa, etc. They can also be utilized for multiple location visits, group dynamics, counseling sessions and much more.”

The Prison Portal Project presentation is in addition to Family ReEntry’s two-day booth exhibit throughout the conference, where attendees can discover all of the programs and services that the organization provides.

Organized by the office of Governor Malloy, the Reimagining Justice Conference brings together leading criminal justice professionals from across the country for robust discussions about the collateral consequences of contact with the criminal justice system and will aim to strengthen a growing consensus that states must reimagine justice in order to reduce crime and end the cycle of mass incarceration. The conference will include new approaches on the topics of juvenile and young adult offenders, pretrial justice, incarceration, and re-entry. Additional information about the conference is available at http://portal.ct.gov/reimaginingjustice

More about Family ReEntry: Family ReEntry is a 501c3 nonprofit, which was founded in 1984 as a reentry support group for men at the Isaiah House in Bridgeport. It has since grown to include policy advocacy, and intervention, prevention, in-prison, reentry, fatherhood and youth & family programs. Over the past 33 years, effective advocacy efforts and community-based programs developed by Family ReEntry have significantly reduced the likelihood that clients will re-offend, be re-arrested, or be re-incarcerated. Its programs provide a spectrum of services designed to disrupt the intergenerational cycle of incarceration. Family ReEntry addresses the specific needs of each client and their families through individualized case management and support services. It works to create a positive social network for each client, helping make their transition from prison back into the community a successful, self-sufficient one, while strengthening their families and the community. Family ReEntry operates its programs in strategic locations that encompass eight municipal regions and judicial geographic areas, two parole districts and five prisons. Approximately, sixty-percent of those served by Family ReEntry are from greater Bridgeport – Connecticut’s largest city.  The organization has offices in Bridgeport, Norwalk and New Haven, CT. Programs are also held in Stamford, Waterbury, Derby, New London and Norwich, CT. More information is available at www.FamilyReEntry.org and on its social media including, Facebook, Twitter, Pinterest, Instagram and YouTube.