Bridgeport, CT – (March 1, 2018) – The Board of Directors of Family ReEntry officially announces a congratulatory endorsement in recognition to its Executive Director, Jeff Grant, upon the release of a revealing exposé published in the March 2018 issue of Greenwich Magazine (“The Redemption of Jeff Grant” by Timothy Dumas). 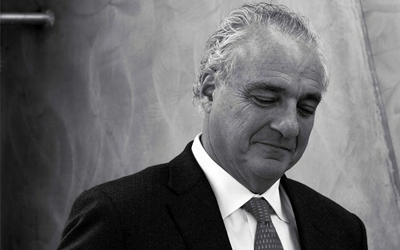 Christian Morris, Chair of the Family ReEntry Board of Directors, said, “Speaking on behalf of the entire Board of Directors for Family ReEntry, we are compelled to acknowledge the great respect we’re confirming for our executive director, Jeff Grant. He has allowed such intimate detail of his life to be released publicly and our organization is experiencing a tremendous recognition and benefit for our cause and mission. We congratulate Jeff and celebrate his resiliency. The world can know the amazing abilities that we recognized when we elected him to lead our organization. Family ReEntry is proud to have the insightful leadership we receive from Jeff on a daily basis.”

The Family ReEntry Board took a chance on Grant electing him as Executive Director nearly two years ago. His appointment made him the first person in the United States, formerly incarcerated for a white-collar crime, to be appointed to lead a major criminal justice nonprofit. “His unfortunate circumstances are now the most insightful, fortune thing to happen to others,” Morris explained. “From personal experience, he knows the struggles of others, which makes Jeff the most passionate and effective advocate for reformation and assistance. We’re lucky to have him lead our organization.”

After serving almost fourteen months in a Federal prison for a white-collar crime he committed during his career as a lawyer, Grant reentered society charged with the fortitude to help himself and others.

Grant said, “It’s humbling. I made mistakes and I have a lot of demons that have plagued me over the years, but if my story can help others, then I will gladly share it. I’m thankful to our Board for allowing me the privilege to lead this organization and I’m thankful to Tim Dumas and Greenwich Magazine for the honest and detailed research they provided on the story.”

More about Family ReEntry: Family ReEntry is a 501c3 nonprofit that has served the Connecticut justice community since 1984. It has grown to become one of the most respected criminal justice nonprofits in the country, known for impactful intervention, prevention, in-prison, reentry, fatherhood and youth & family programs and advocacy. Over the past 33 years, effective advocacy efforts and community-based programs developed by Family ReEntry have significantly reduced the likelihood that clients will re-offend, be re-arrested, or be re-incarcerated. Its programs provide a spectrum of services designed to disrupt the intergenerational cycle of incarceration. Family ReEntry addresses the specific needs of each client and their families through individualized case management and support services. It works to create a positive social network for each client, helping make their transition from prison back into the community a successful, self-sufficient one, while strengthening their families and the community. Family ReEntry operates its programs in strategic locations that encompass eight municipal regions and judicial geographic areas, five parole districts and five prisons. Approximately, sixty-percent of those served by Family ReEntry are from the greater Bridgeport area – Connecticut’s largest city.  The organization has offices or programs in eight Connecticut cities including Bridgeport, New Haven, Norwalk, New Haven, Stamford, Waterbury, Derby, New London and Norwich. More information is available at www.familyreentry.org and on its social media channels: Facebook, Twitter, Pinterest, Instagram and YouTube.

The Family ReEntry Board of Directors is made up of dedicated individuals from diverse backgrounds who give of their time freely to set policy and oversee the staff of Family ReEntry. Approximately half of the Board lives and/or works in the Greenwich area. Similarly, the Family ReEntry Executive Council consists of volunteer conversation-partners who contribute on an advisory basis their diverse experience, backgrounds and relationships to assist the Executive Director and Senior Directors in strategic decisions and opportunities.  For service opportunities, please contact Jeff Grant: (o) 203-290-0855, (m) 203-957-0162, jeffgrant@familyreentry.org.