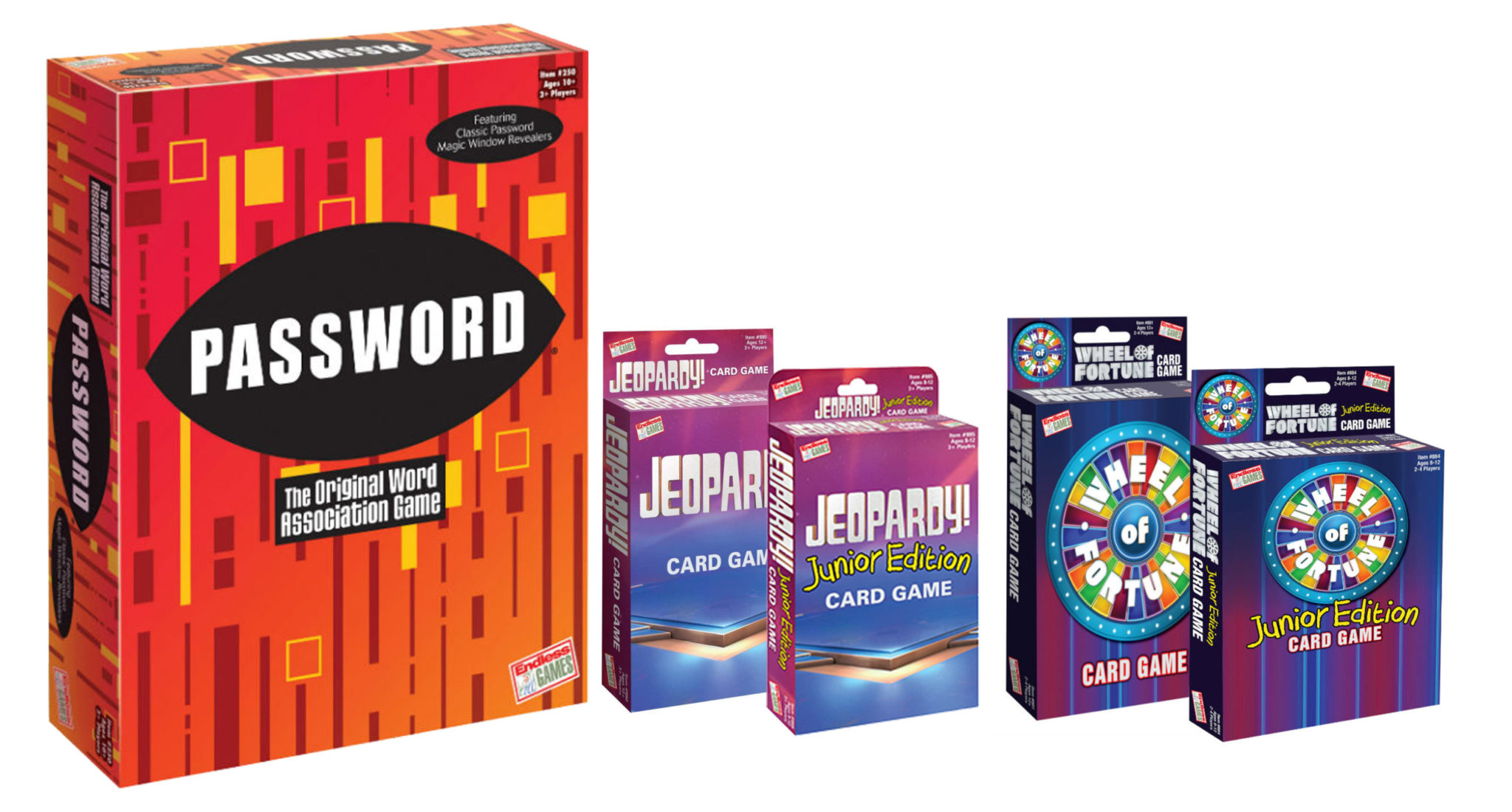 What are Endless Games’ new Wheel of Fortune, Password, and Jeopardy! games.

The games feature all of the fun of the shows with easy scoring, bonus plays and final rounds just like the shows on TV.

In the Wheel of Fortune card game, players shuffle the deck and flip their way through the Wheel trying to avoid the Bankrupt card. They call out a letter and try to solve the mystery phrase from the puzzle deck.

In the Jeopardy! card game, players look to “answer correctly in the form of a question” to score points. The cards are played like a full episode of the TV game show complete with Jeopardy, Double Jeopardy, and Final Jeopardy Rounds.

For Password, players try to get each other to guess specific words based on the fewest single word clues.

About Endless Games: Founded in 1996 by industry veterans Mike Gasser, Kevin McNulty and game inventor Brian Turtle, Endless Games specializes in games that offer classic entertainment and hours of fun at affordable prices. The three have an uncanny ability for discovering and developing hit games, having been a part in past successes Trivial Pursuit™, Pictionary® and Six Degrees of Kevin Bacon™. The mission of Endless Games is to produce high quality entertainment in board games that are quick and easy to learn but offer “Endless” play value. For additional information, visit www.endlessgames.com and interact with the company on Facebook, Twitter, Pinterest, Instagram and YouTube.