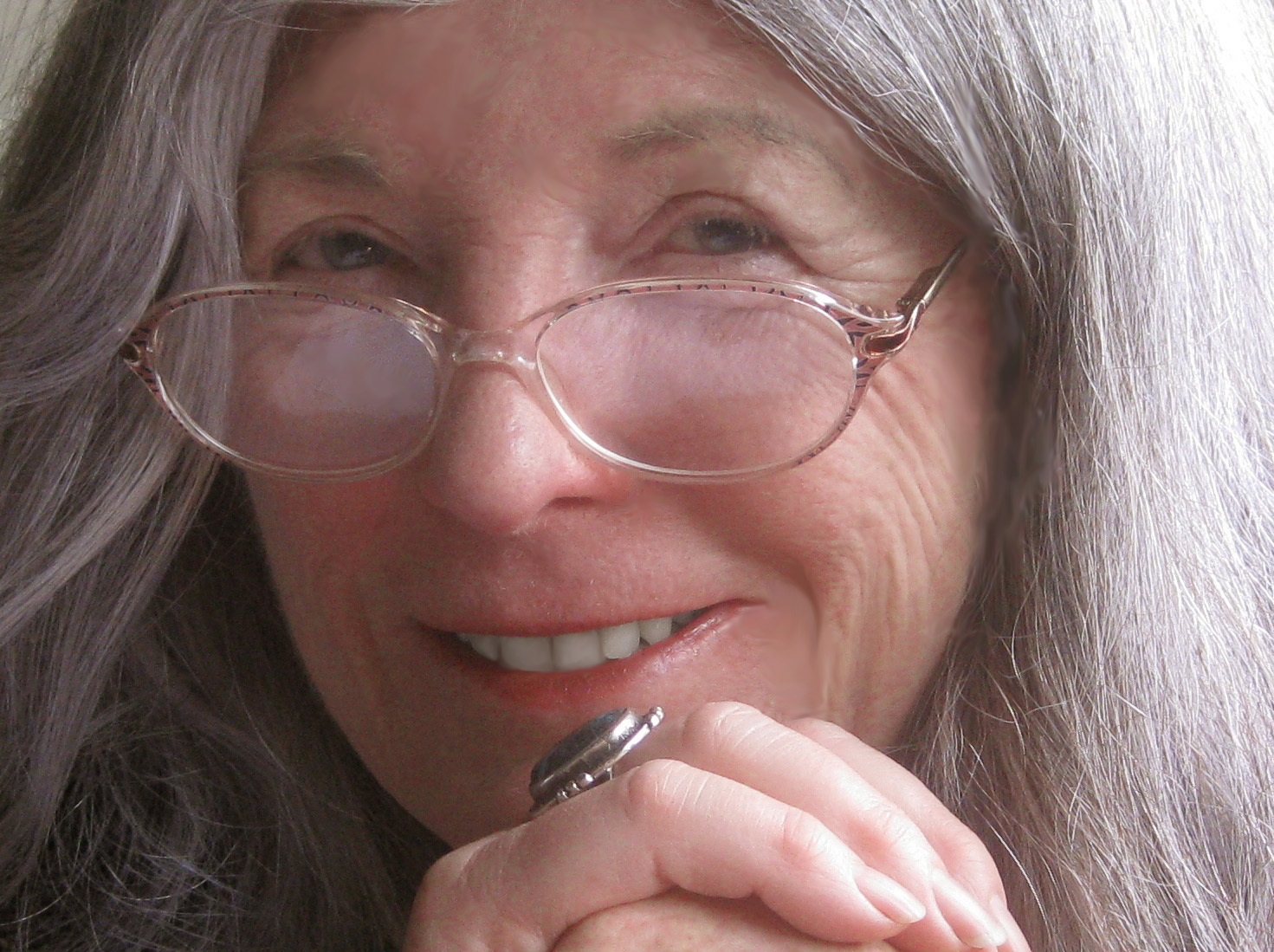 San Francisco, CA – (December 2, 2016) – We applaud the City Council of Baltimore for taking on the issue of toy guns and banning them. The Baltimore City Council gave preliminary approval Monday to a citywide ban on toy guns that look like working handguns and rifles. Council members introduced the legislation after a 14-year-old East Baltimore boy holding a BB gun was shot by a police detective.

City Council President Bernard C. “Jack” Young said replica guns are contributing to increased violence on Baltimore’s streets. He said people are using fake weapons in robberies, and children who carry them are put in harm’s way. There have been more than 800 shootings in Baltimore this year. “It’s something that we should do for the safety of our children,” Young said. “We’re getting stores robbed with replicas. We’ve got people running around with these things and they look real. …I don’t think we should be allowing replica guns in the city of Baltimore, especially with the murder rate we have.”

“The easiest way to resolve this is to get the replica guns off the streets.” http://www.baltimoresun.com/news/maryland/baltimore-city/bs-md-ci-replica-guns-20161114-story.html

The issue of violence and the disastrous toll it takes on society has been actively debated, but is still not solved. Children are greatly confused by adult’s conflicting angry, negative, and violent behavior. Even though legislation to mark toy guns with an orange band was passed, the band is hard to see at a distance and is not used consistently. Parents, police, and manufacturers of products have been well-informed, yet kids still die playing with toys and real guns throughout the country.

We question why any parent would buy a gun of any kind for a child? Or why let them out of the house with a toy gun, BB gun, or anything that can be mistaken for a dangerous weapon?

Parents also allow children to watch and play too many violent video games while their able bodies, reading scores, and capabilities plummet. Some are able to obtain real guns at home then bring them to school with disastrous deadly results such occurred as in Sparks, Nevada, last year, and in Townville, South Carolina only a few weeks ago. http://www.cnn.com/2016/10/01/us/south-carolina-elementary-school-shooting-victim

Many other communities from Connecticut to California have been horribly shaken. These terrible stories have sadly persisted for too many decades across the entire country. https://en.wikipedia.org/wiki/List_of_school_shootings_in_the_United_States

In 1985, Dr. Thomas Radecki, psychiatrist, and Executive Director of the National Coalition on Television Violence, in a study of preschoolers compared the effects of playing with He-Man and Masters of the Universe figures, and playing with Cabbage Patch dolls. He reported the incidence of antisocial and violent behavior doubled after the youngsters played with the violent-theme toys. “The evidence is quite strong that we are transmitting an unhealthy message encouraging children to have fun pretending to murder each other,” he said.

Also, that same year as Director of the San Francisco International Toy Museum (the world’s first “hands on” toy museum) at The Cannery, I said, “I would ban all toy guns because children accustomed to playing with them have also played with real weapons that were accessible, with tragic results as children can’t differentiate.”

Then in February 1988, the shocking death of 13-year-old Tony Groshe, a disabled child who was shot and killed while he was running with a toy gun on Potrero Hill prompted a ban on realistic toy guns. To honor the child, and to create change, we held a transformative event in the Courtyard of The Cannery in Fisherman’s Wharf by inviting school children to turn in their realistic toy guns in exchange for Hula Hoops, which many used for the first time to their delight. Then, the San Francisco Board of Supervisors voted to ban toy guns, followed by state legislation that mandated a bright orange band be placed on toy guns. Unfortunately this ID is inadequate, and hard to recognize from a distance.

It’s frustrating that after all of these years of urgent messages, studies, positive actions, and the potential for improvements, more tangible changes have not yet happened. But if not now, when?

In my book, Dr. Toy’s Smart Play Smart Toys, I review the value of the full range of excellent toys and games that provide discovery, engaging learning, and fun. I discuss the effects of violence. Some children want to act out what they see on TV, in the news, shows and in their community. Instead of toy guns it would be safer if they simply used their fingers, or a stick to role play, and then, as children do, they will quickly move on to a next new activity and a different theme of play.

Instead of realistic toy guns, children should be actively playing with the thousands of amazing toys and games that support childhood with active, creative, and educational play, and learning experiences: Examples include, balls, Frisbees©, Hula Hoops©, jump ropes, Tangle® Toys, dolls, puppets, and plush toys to help discharge stress and negative feelings. The sport of jumping rope or keeping the hoop spinning around the body is great fun, and benefits all kids to be more physically active, and less tense.

Children also need to build with LEGOs, blocks, and other construction materials so they learn, cooperate, and have fun together.

They need to create art murals as supported by the Attitudinal Healing Connection in Oakland—http://www.ahc-oakland.org/; to plant edible school gardens as offered in Berkeley, and in other locations—http://www.edibleschoolgardens.org/; to create with their hands as the Maker Movement promotes around the USA and around the world—http://makerfaire.com/maker-movement/; to find a toy library—http://www.usatla.org/USA_Toy_Library_Association/Welcome_to_the_USA_Toy_Library_Association.html; and to find toys for special needs through LEKOTEK—https://www.lekotek.org/.

We can, as concerned citizens, find ways to work with children everywhere, and find new ways to encourage them to participate, and create learning projects of all kinds (STEM, arts, nature, community improvements, etc.) that would provide age appropriate activities of all kinds, that will instill in each child pride, success, and engage them to work cooperatively. Consider contributing to the creative participation of schools, libraries, after school programs, Scouts, 4-H Clubs, Girls and Boys Clubs, churches, charter schools, home schooling, remote tech outreach like Khan’s Academy—https://www.khanacademy.org/ and others.

We need more learning, training, and loving in our society. Words do matter! Words mean something so we can all understand each other. It’s time to find the right words and strategic ways to assist and protect our children by finding effective ways of improving communications, counseling, mediation,  and preventing violence at home, in school, and in every community.

Our Democracy has a responsibility to all of its citizens to respect each other and find ways to live in peace. We are now, because of escalating shootings resulting in injuries and deaths, a very poor example for the rest of the world. Let’s strive to find effective new ways to peacefully solve the painful causes, resulting traumas, and challenging problems of violence. It’s the right time to find new, cooperative, and positive ways to “Teach Our Children Well!”

About Dr. Toy®:  Dr. Toy, Stevanne Auerbach, PhD, has been for many years one of the leading professionals on children’s play and educational toys and related products. Dr. Auerbach relies on 45 plus years of training and hands-on experience to select the best educationally oriented, skill building products from both large and small companies world-wide for her original, annual award programs. Millions of parents, teachers, and toy buyers have used Dr. Toy’s Guide (www.drtoy.com) the first site on the internet on toys, in making their toy, learning and play, selections. Dr. Toy’s Smart Play/Smart Toys: How to Select and Use the Best Toys and Games, now in its 4th Edition, is published in 12 countries, and will be published in Japan next year. You may obtain it at  www.amazon.com, www.barnesandnoble.com, and at book and toy stores. Articles about Dr. Toy have appeared in newspapers and magazines across the US, Canada, and around the world. Articles on play and toys by Dr. Toy are also on The Huffington Post . For the most up to date information, interact with Dr. Toy on social media through Facebook, Twitter and Pinterest.

Back to other Dr. Toy News